At the traditional annual award ceremony LED Together, held in St. Petersburg on January 24, Uzbekistan Airways was announced the most dynamically developing carrier of the CIS countries on the results of work in 2019. This recognition was a worthy gift to celebrate the 28th anniversary of Uzbekistan Airways. 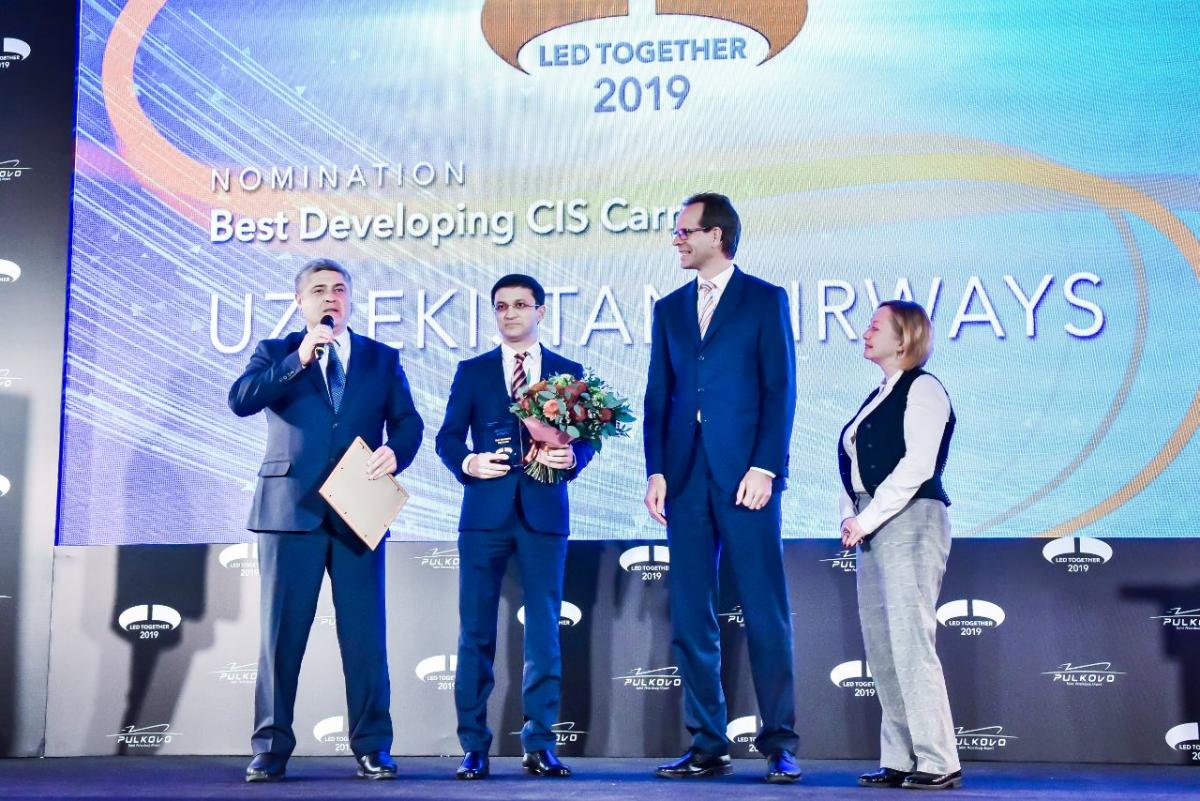 To date, "Uzbekistan Airways" operates flights to the airport "Pulkovo" on comfortable aircraft from Tashkent - 5 flights, Samarkand - 4 flights, Urgench - 3 flights, Fergana, Namangan, Termez and Bukhara - 1 flight per week.  Following the results of 2019 the airline of Uzbekistan served in "Pulkovo" 288,7 thousand people, having exceeded by 20,1% the index of 2018, the number of take-off and landing operations has increased by more than 200 operations.

It should be noted that the Managing Company of Pulkovo Airport "Air Gateway of the Northern Capital" annually awards airlines flying to the air harbor of St. Petersburg (Russia) for their contribution to the increase in passenger traffic, development of new destinations, transfer air traffic and tourism in St. Petersburg.

Keep up to date with all news from Uzbekistan Airways.