Children can be transported on flights of the airline in accompaniment of the parents.

Guardians or other persons on the basis of notarized consent from the parents or guardians, as well as unaccompanied by any adult passengers.

The child's age shall be determined as of the date of commencement of the carriage from the airport (point) of departure, specified in the carriage document. 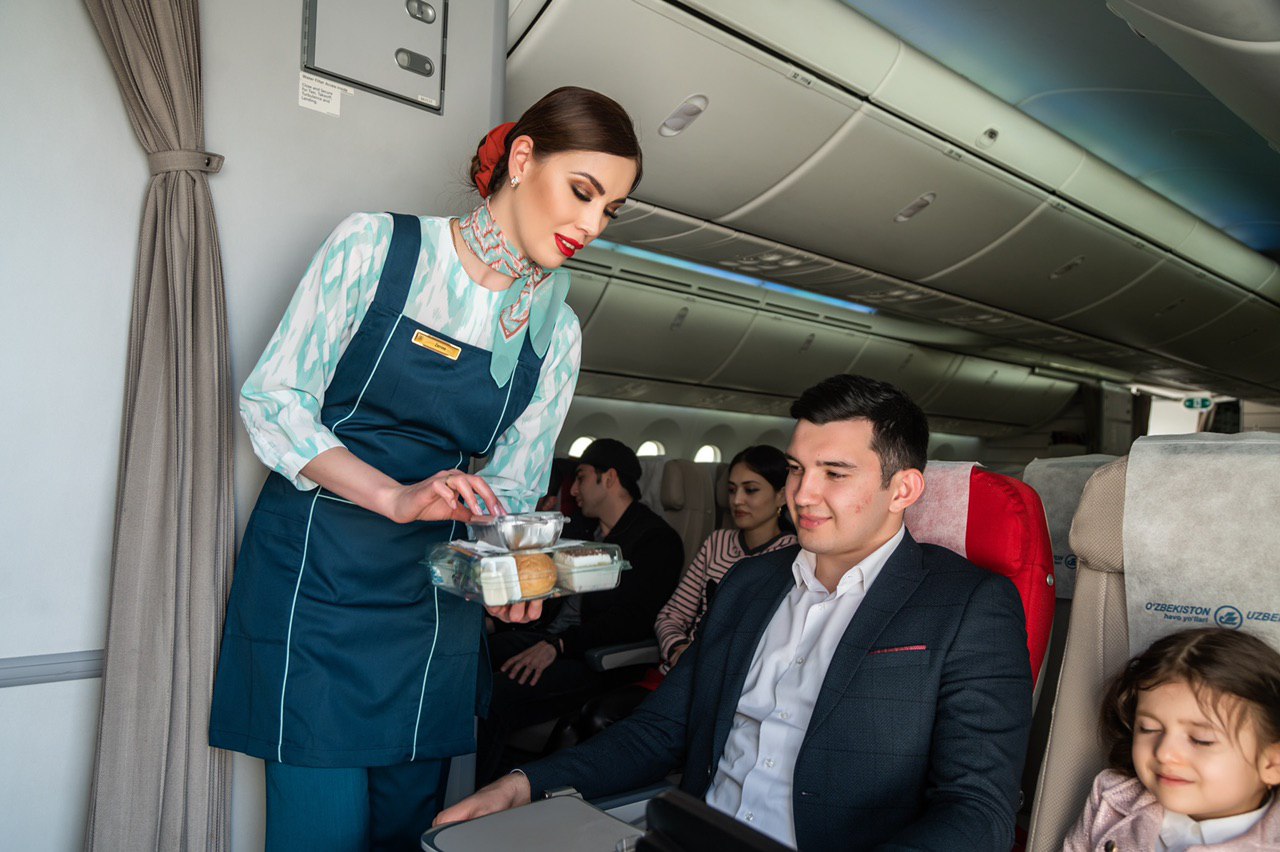 Children over the age of twelve years and infants over two years after commencement of the carriage, shall continue their travelling according to the tariffs in effect on the date of commencement of carriage 10% of the normal fare of the accompanying adult Passenger shall be paid for the carriage of one infant under 2 years old, provided that the infant does not occupy a separate seat and there is no free baggage allowance. For the carriage of other infants under the two years, accompanied by adult passengers, and also If an infant under the two years of age is provided with a separate seat at the request of the accompanying passenger, then the infant shall be paid the 75% of the regular air fare or 75% of excursion or fare with separate seat and norm of free baggage.

75% of the regular air fare or excursion fare shall be paid for carriage of one child from two to twelve years old, accompanied by an adult passenger with separate seat and norm of free baggage.

Children from 5 to 14 can be transported unaccompanied. The carriage of unaccompanied children is made in accordance with the regulations, rules and prescriptions of the competent authorities of the country, into, out of or through the territory of which the carriage is being made.

In case of voluntary or involuntary return of the ticket, issued for an unaccompanied minor, this fee is fully refundable.

Any unexpected costs of an unaccompanied child, raised by the transport of the child, the parents, guardians or persons designated by parents or guardians pay in accordance with the "Declaration of the parents or guardians" to send the child at the departure airport or a meeting at the stopover or destination airport. Such payments are made on the basis of MCO issued for these purposes.

The first copy of "Request for transportation of unaccompanied child" with the signature of the person who took over the child for accompanying him to the aircraft board, is given to the parents, guardians or persons designated by parents. The child’s documents are put into the special waterproof envelope for documents of unaccompanied minor.

The parents or guardians should stay at the airport until the child’s flight has departed.

At the point of transferring on connecting flights (if such point exists on the route of unaccompanied minor ), the authorized ground service agent or Uzbekistan Airways representative will ensure that ground staff assists in passing of the documents control and flight registration, will escort unaccompanied minor from their arrival gate to departure gate, and handover the child to the flight attendant.

At the point of destination the authorized ground service agent or Uzbekistan Airways representative will meet the Unaccompanied Minor, taking him from the flight attendant and assisting him to pass all document checks, to receive baggage and accompany the child to the designated person. Proof of the identity information stated in "Request for transportation of unaccompanied child" will be requested before handing over the child to the designated person.

If at the point of destination, nobody meet the unaccompanied minor, then the authorized ground service agent or Uzbekistan Airways representative, on the basis of the "Declaration of the parents or guardians" is authorized to make a decision, which is necessary for ensuring of child’s security, including, decision on returning the child to the airport of departure or handing over the child to the corresponding authorities of the country of destination.