Rules of conduct for passengers on board of an aircraft

Annex to the Order of the
Head of Governmental Inspection for Aviation Security
of the Republic of Uzbekistan dated December 27, 2012, №14н 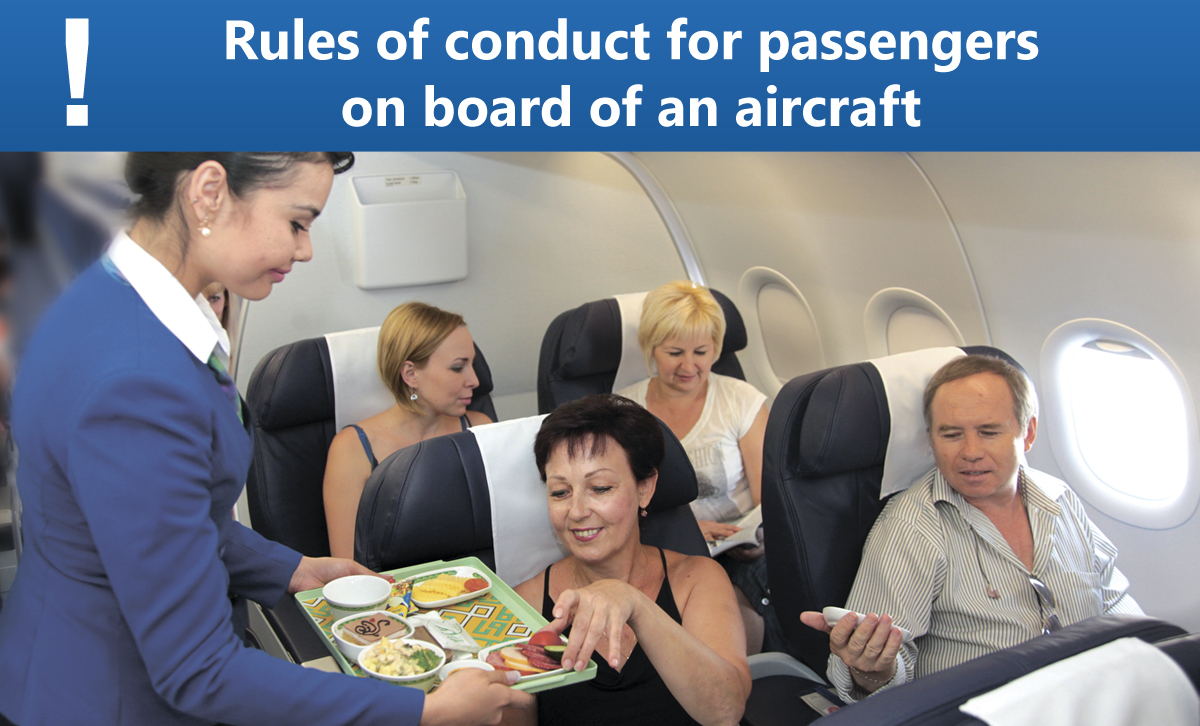 1. The following is the glossary used in the present Rules:

2. The present Rules are applicable to all passengers, transported by Uzbek carriers.

Chapter II. Behavior of a passenger on board of an aircraft

3. A passenger on board of an aircraft must comply with the following:

4. The following is prohibited on board of an aircraft:

5. The air transportation agreement between the carrier and a passenger, can be terminated by the former at any point of the route in case of breaking the Rules of conduct for passengers in order to avoid security threats to flight, lives oh health of people or their properties.

6. A passenger reserves the right to request members of the aircrew to provide services determined by the air transportation agreement.

7. A passenger is allowed to seek assistance from a member of the aircrew for sorting issues with other passengers who break social order and disturb others without reason, threatens their dignity, property, health or lives. A passenger can also lodge a complaint against similar behavior of a member of the stuff. A passenger also reserves other rights stipulated by the legislation.

8. Guilty persons incur a liability for breaking the Rules in accordance with the legislation.