Uzbekistan Airways was awarded the prestigious 2020PAX International Readership Awards, which recognize airlines around the world for providing the most comfortable conditions for passengers. The award was given in nomination "the Best business class amenity kit in the CIS countries".

The award was established by the canadian magazine, PAX International, which is dedicated to catering and comfort supplies in the transport sector, issued on the basis of readers’ votes and the jury. Uzbekistan Airways is honored with this prestigious award for the second consecutive year.

As noted on the organizers ’website : "This year, the laconic cosmetic bags, in elegant black for men and bright red for women, are designed with high attention to details, and contain everything passengers need during a flight." 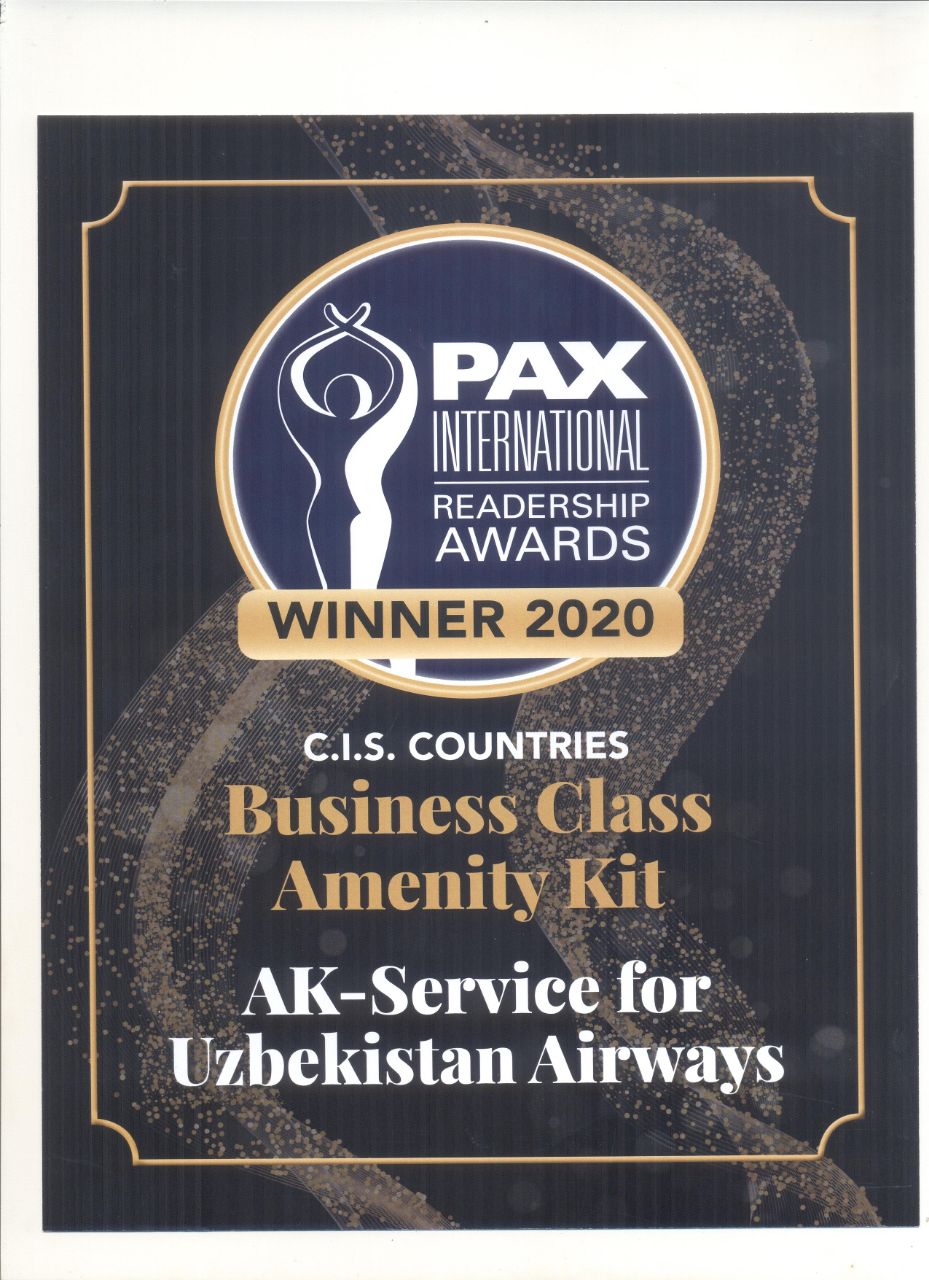 Uzbekistan Airways has confirmed its dominant position also in the Travel Plus Awards contest at the end of 2019, once again won the "Best business class amenity kit in Asia/Australia regions".

Travel Plus Awards is one of the first award in the history of the travel suppliers’ industry, which was founded in England and given for the best amenity kits. The winner is chosen by an independent jury, which consists of not only experts, but also special focus group which taking into account the passengers’ opinion.

The ceremonies of the PAX International Readership Awards and Travel Plus Awards are Normally organized during World Travel and Catering EXPO exhibition, held annually in the spring in Hamburg. This year, due to the epidemiological situation, PAX International has published the winners’ list in all categories on its website and the ceremony of the Travel Plus Awards was held online.

Uzbekistan Airways’ key initiatives are the improvement of the passengers’ service quality, designing the service supplies and increasing of their line.

We do believe that world civil aviation will be back into the sky after the pandemic and Uzbekistan Airways will continue to strengthen its position in the global aviation community.