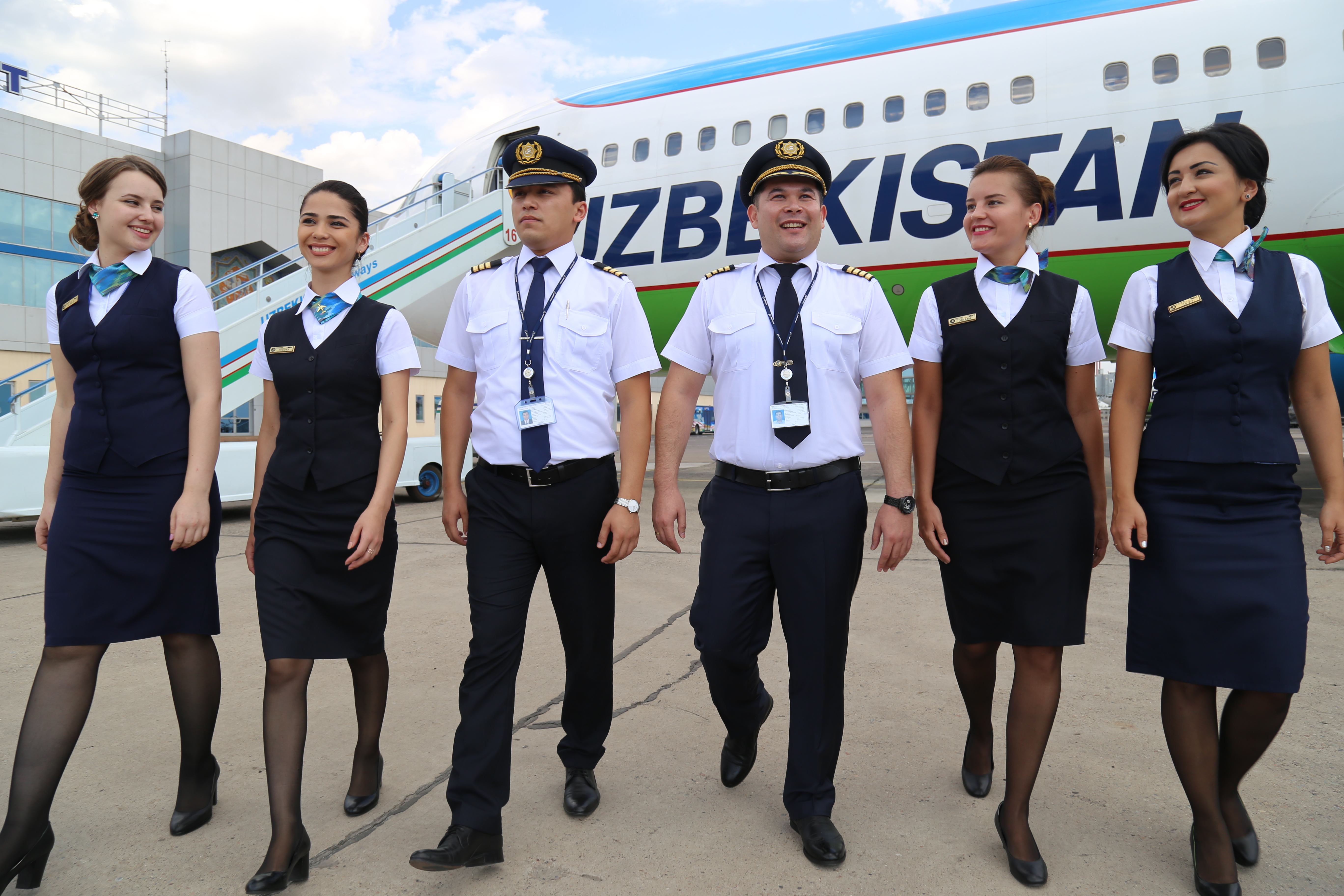 Civil aviation of Uzbekistan: in the mirror of a new history

The National air company «Uzbekistan Airways» was established  at January 28, 1992. Over the years, it has come a long way and today it occupies its place among air carriers in the international aviation market. At that time, our state has already formulated tasks that have been successfully implemented by the country's aviators for more than 27 years and are aimed at modernization and development of civil aviation.

Over the years, the National Airline has managed to expand the scope of civil aviation and perform flights to all continents of the world. “Uzbekistan Airways" airliners fly more than 60 routes to Europe, Asia and America, perform charter flights from Alaska to New Zealand. During the last three months of the last year, regular flights to three new destinations - Mumbai, Vladivostok, Jeddah - have been mastered, regular flights to Jakarta and Tbilisi have been launched this year, and the issue of opening flights to Munich is also being considered.

The frequency of international flights has been significantly increased. For example, the number of flights on one of the most popular routes Tashkent - Moscow has increased to 27 per week, and in total with flights to the Russian capital from Samarkand, Bukhara, Urgench, Termez, Namangan and Ferghana reaches 49. The frequency of flights from Tashkent to Seoul, New York, Istanbul, Dubai, Delhi, Bangkok, Nur-Sultan, Almaty, Dushanbe, Bishkek, Minsk, St.Petersburg, Rostov-on-Don and Novosibirsk has also increased. One of the most popular destinations - Istanbul - is operated fourteen flights a week from the capital and three from Samarkand.

In order to support carriers and create additional conditions for business entities, NAC actively participated in the development of the draft document "On the implementation of the National Logistics Portal". The "logistika.uz" portal provides all transport companies and entrepreneurs with a single information database on the availability of goods and opportunities for their transportation. It makes it easy for cargo owners to find and choose free or associated transport on an alternative basis, as well as to quickly solve the issues of transportation of perishable goods (if they are foodstuffs or fruit and vegetable products). 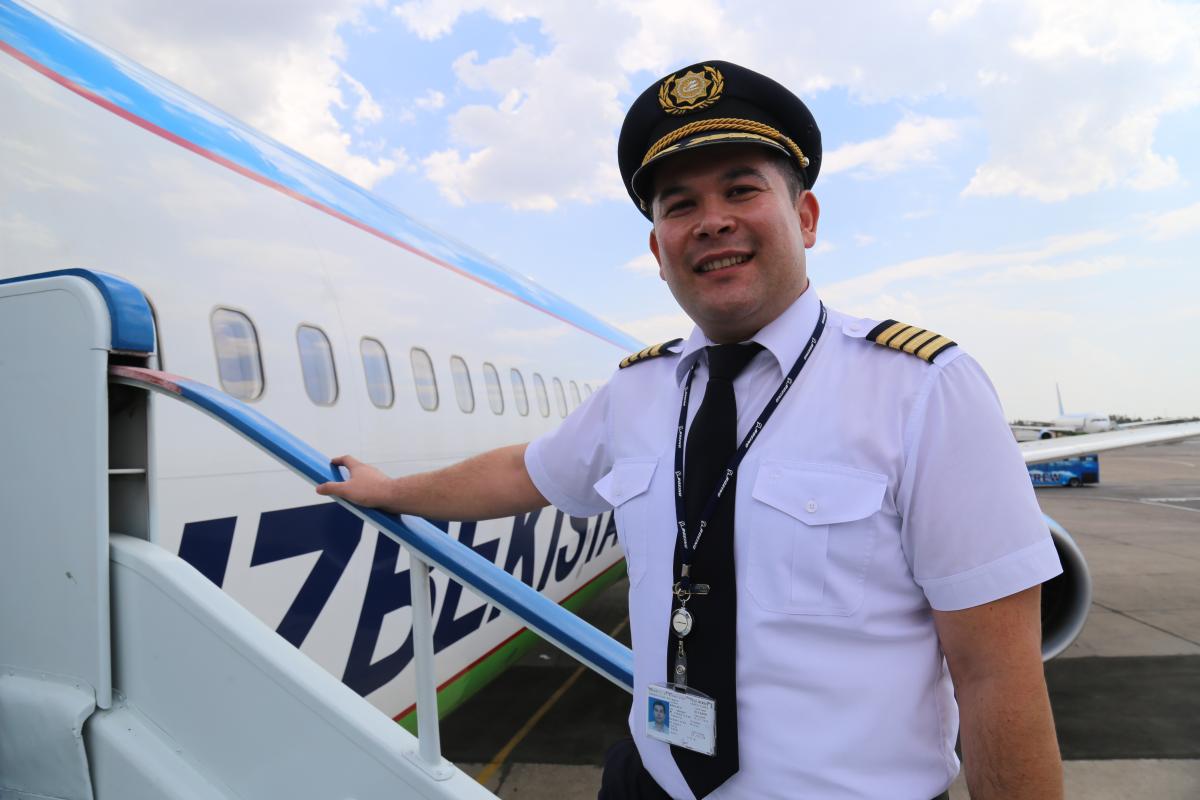 «Uzbekistan Airways» has electronic passenger interline agreements with 40 airlines around the world, thanks to which the route network of the NAC is significantly expanded, passengers are provided with a large list of destinations for travel, taking into account connecting flights of partners.

The airline has implemented a number of innovative solutions. A new interactive "seat selection" service is provided, which allows you to pre-book the most convenient seat for the passenger on board (this can be a favorite seat for many people at the window, in the front of the cabin or closer to the aisle). An official mobile application for booking and purchasing air tickets "Uzbekistan Airways" has also been introduced. In addition, if earlier only Visa and UzCard bank cards were used for online payment of air carrier's services, now MasterCard has been added to the list, which made the sales system more accessible both for citizens of Uzbekistan and other countries. Also in February of this year, a new co-branded bank card "NAK-NBU" was put into circulation, allowing the airline to perform flights free of charge by accumulating points when paying for goods and services.

In 2018, the NAC operated more than 21 thousand flights and transported more than three million people. The anniversary three-millionth passenger was registered on December 17, 2018. It is impossible to operate flights all over the world without studying and adopting international experience and integrating into the global air transport system. A logical step in this direction was the inclusion of Uzbekistan Airways in the official register of IOSA operators in 2008. In addition to that, the airline is actively working on participation in certain IATA and ICAO programs. 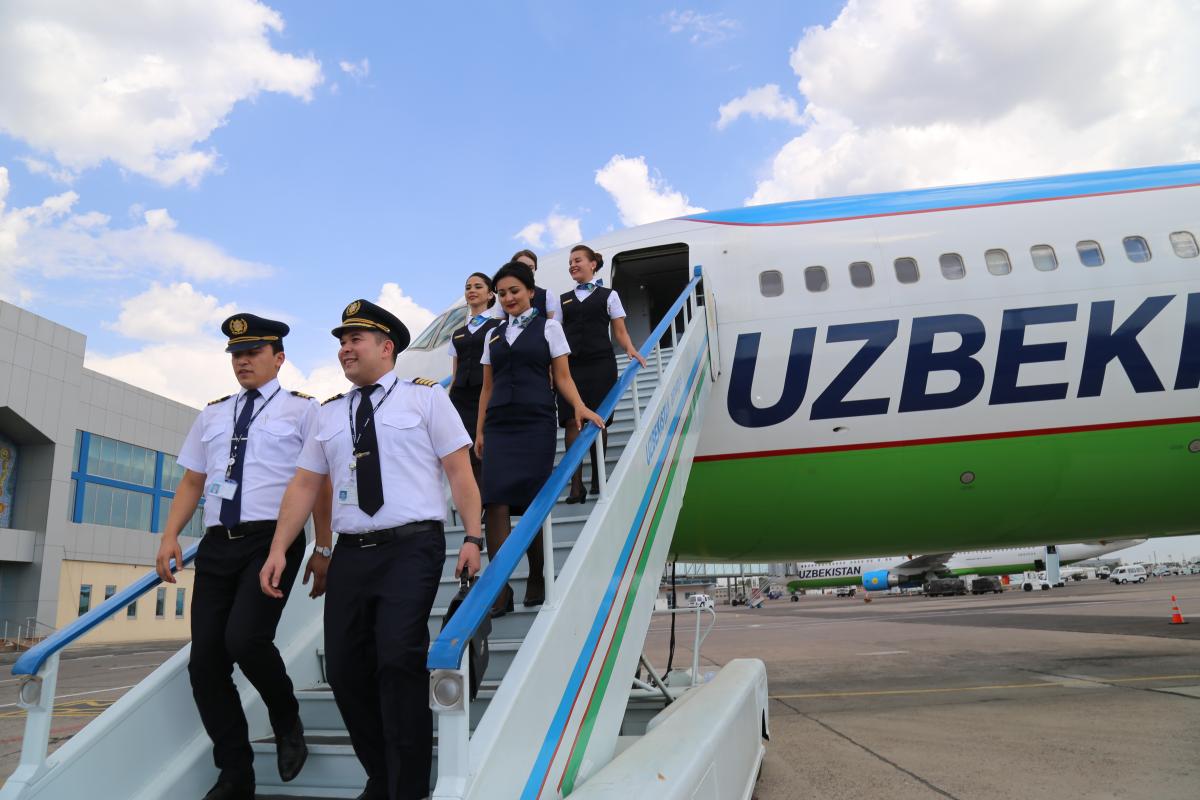 The list of the airline's achievements and new awards is replenished every year. The national air carrier is recognized as the most punctual airline in the international airports of Domodedovo, Sochi, Krasnodar, Kazan, Koltsovo and the most dynamically developing air carrier of the CIS countries in the airports of Pulkovo and Vnukovo. The airline was awarded the Eurasian Aviation Marketing Prize at the NETWORK 2018 forum in Kazan and a Certificate of Merit from Yemelyanovo Airport for the contribution to the development of international passenger air transportation at Krasnoyarsk Airport in 2018.  Repeatedly participating in the International Forum "SkyService", held with the purpose of developing services and services on board civil aircraft, "Uzbekistan Airways" was awarded prestigious prizes - in 2018, our flight attendants' team won the Cup "Team of the Year" in a prestigious professional competition and one of the employees was recognized as the "Best flight attendant of the year", This year, Uzbekistan Airways flight attendants, having won the first place, won the nomination "Trade as an art of service", and the flight attendant of the airline was awarded the title of the second vice-miss in the SkyLady 2019 competition.

Training and continuous maintenance of pilots, flight attendants, ground support specialists are the areas that have always been important in the airline's activities, as one of the main factors of flight safety. With the help of modern procedural simulators Boeing 757/767, A320, which are installed in the Training Complex of the Training Center (TTC) of the NAC, the flight crews are trained in conditions that are as close as possible to the real ones.  During the year, the actual load of the Airbus A320 and Boeing 767 simulators grew by an average of 30 percent due to the intensification of work with Central Asian airlines. In September, 2018, a new unique simulator "V9000 Commander" was put into operation to practice firefighting skills and actions in case of smoke inhalation inside the aircraft cabin, manufactured in the Netherlands. Such equipment of the Training Center allows to form highly professional personnel meeting the high requirements of the airline.  At present, the Training Center of  the NAC is starting the initial training of pilots.

Over the course of 27 years, the «Uzbekistan Airways» aircraft fleet has been gradually upgraded.  Since 2004, all outdated Soviet-built aircraft, such as the Il-86, Il-62, Tu-154, An-24, Yak-40, have been systematically replaced by modern Boeing-757 and 767, Airbus 320 in the interests of flight safety and creating the most comfortable conditions for our passengers.  In 2016, the first two Boeing-787 Dreamliners were delivered, and in 2018, the third "dream liner" was received. This year, the fourth and fifth Dreamliners have been added to the Uzbekistan Airways's fleet, and by 2020, the delivery of the sixth aircraft of this type is expected, with its arrival, Uzbekistan Airlines will become the leading operator of such aircraft in the CIS. Also this year, two highly efficient Airbus A320neo aircraft were added to the NAC fleet. To date, the airline has 4 airliners (two Boeing-787 Dreamliners and two Airbus A320 neo) equipped with Internet access via Wifi. 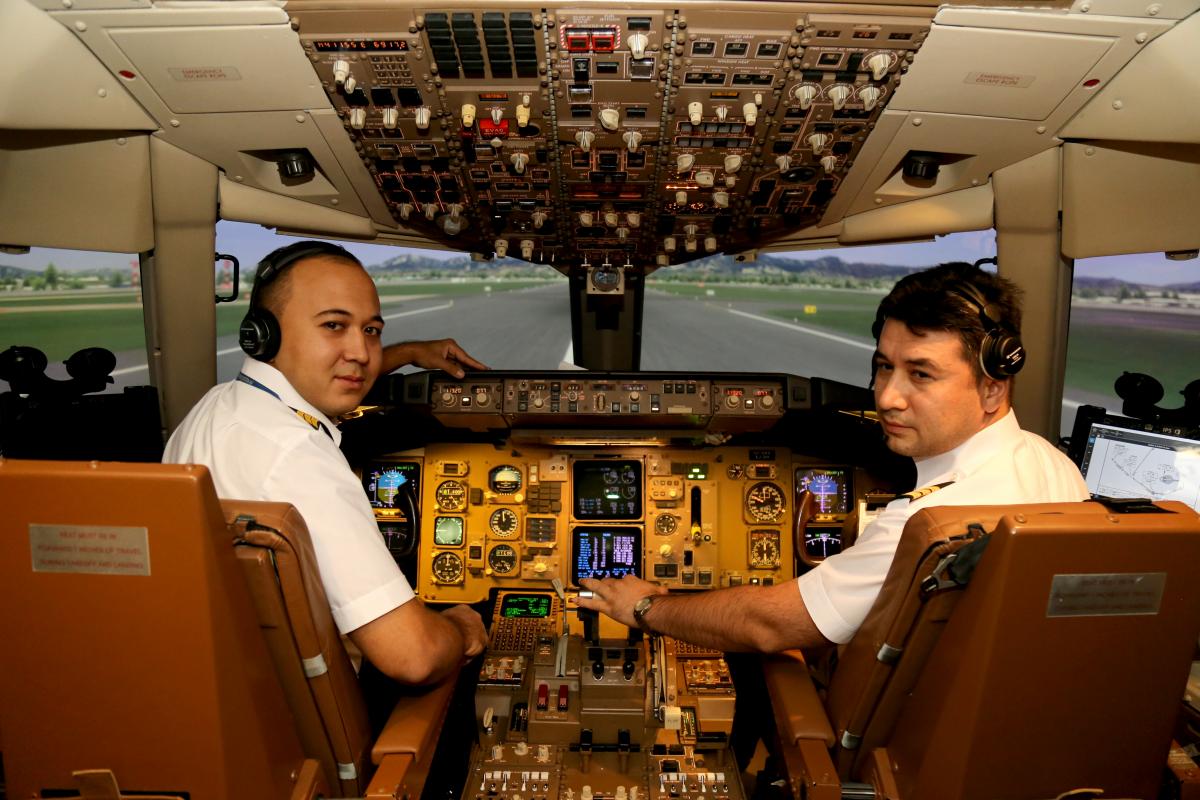 Of course, the most important and key event in the history of the NAC was the Decree of the President of the country "On measures for the radical improvement of civil aviation of the Republic of Uzbekistan" dated November 27, 2018.  According to the document, the national airline “O‘zbekiston Havo Yo‘llari” will start its operations under the brand name of Uzbekistan Airways. Also by reorganization on the basis of NAC "Uzbekistan Airports" joint stock company (JSC) is created, and state unitary enterprises included in the NAC, are transformed into limited liability companies (LLC).

Undoubtedly, the ongoing reforms will bring significant benefits in economic growth, improving the efficiency of the airline's operations, its competitiveness and ensuring a high level of flight safety. In short, Uzbekistan's civil aviation will undergo a new stage of development.  And the staff of the «Uzbekistan Airways» is set on positive changes in its activities, which will allow the national air carrier to occupy a worthy place in the international aviation market and decorate the chronicle of the Uzbek civil aviation with new achievements. High professionalism and hard work of the airline's specialists during all these years are able to ensure even higher status of the country's civil aviation in the world arena.

Uzbekistan Airways is holding a competition in cooperation with Visit Dubai